Culture and art of Made in Italy on show in Moscow

Creative elegance and respect for tradition, passed from generation to generation, have made our Made in Italy a source of pride for all of us in Italy. This pride is also embraced by those who, while living abroad, pay attention to the new trends and the new styles proposed by Italian designers, captivated by the sophisticated and elegant cuts of dresses, the high quality of the fabrics and by the careful attention given to even the smallest detail. 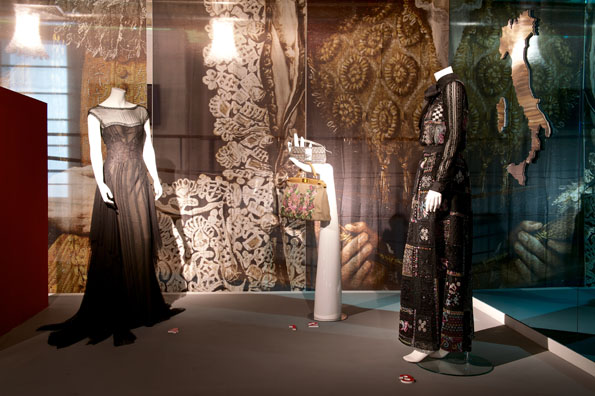 Made in Italy has always been characterized by innovation and creativity, by the uniqueness and sophistication of accessories and by exquisite artisan stitching. In the 60’s, it was this very love of tradition that conquered, the hearts of many Italian and foreign celebrities, who entrusted the creation of sumptuous evening dresses, as well as movie costumes, to our renowned Italian designers.

Big Hollywood names from the 1960s, such as Ingrid Bergman, Anita Ekberg or Lana Turner were among the most regular customers of Missoni, Ferretti and Gattinoni’s ateliers. This last fashion house wanted to honour its “historic customers” with a show in the heart of Russia, Moscow.

Gattinoni, in fact, as an ideal ambassador of Made in Italy in the world, is exhibiting a selection of dresses from its historical archive, including dresses created in the 1950s and 1960s for some of the most important icons of Italian and international cinema, such as Anna Magnani, Ingrid Bergman and Lana Turner.

The exhibition, which opened on November 8th is part of an ambitious project known as “Exhibitaly –Italian Excellence Today”, sponsored by the Council of Ministers with the collaboration of Professor Beniamino Quintieri, headmaster at the Economics faculty of the University of Rome.

Among the many celebrated “creations” made by Fernanda Gattinoni especially for the Hollywood stars, a prestigious place is occupied by the “petite robe noir” that Anna Magnani wore in the 1960 movie “Risate di Gioia” (The Passionate Thief), a delicate rayon dress with fringes of crystal drops.

Great importance is also given to another Gattinoni creation, made for renowned star of the silver screen, Ingrid Bergman: a white lace dress embroidered with crystals and sequins that the actress wore during Roberto Rossellini’s movie “Europa 51” (The Greatest Love) in 1952.

We mustn’t forget the cocktail dress in sky blue chiffon with a deep neckline worn by Lana Turner in 1959 in the movie “Lo specchio della vita” (Imitation of Life).

Visitors to the exhibition, will be able to inhale that magic and romantic atmosphere of the 1960s, experiencing the pure and simple elegance that made these movie stars real icons of beauty and style. It’s also thanks to them and to their overwhelming beauty and world-wide popularity that Italian fashion was introduced everywhere giving proof of the quality that, today too, is a distinctive trait of our country.

So it’s right to remember, through shows and exhibitions, those who greatly contributed to the development of the creative culture and tradition of Made in Italy: both the many artists who wore and gave popularity to these creations, but also the artisans who in time became, well-known and recognised designers, who with their patience and attention to every smallest detail, plus the infinite love for their work, made all this possible.

Should you find yourself in Moscow during this period, either for business or on holiday,, we invite you to visit this exhibition which takes place at the Archaeological-Industrial Unit of Krasny Oktyabr in the heart of Moscow: it would be a special opportunity to lose yourself in the magical atmosphere of the fashion world of  the 1960s and to feel like you too are a star of the silver screen.

The exhibition can be visited until November 26th .