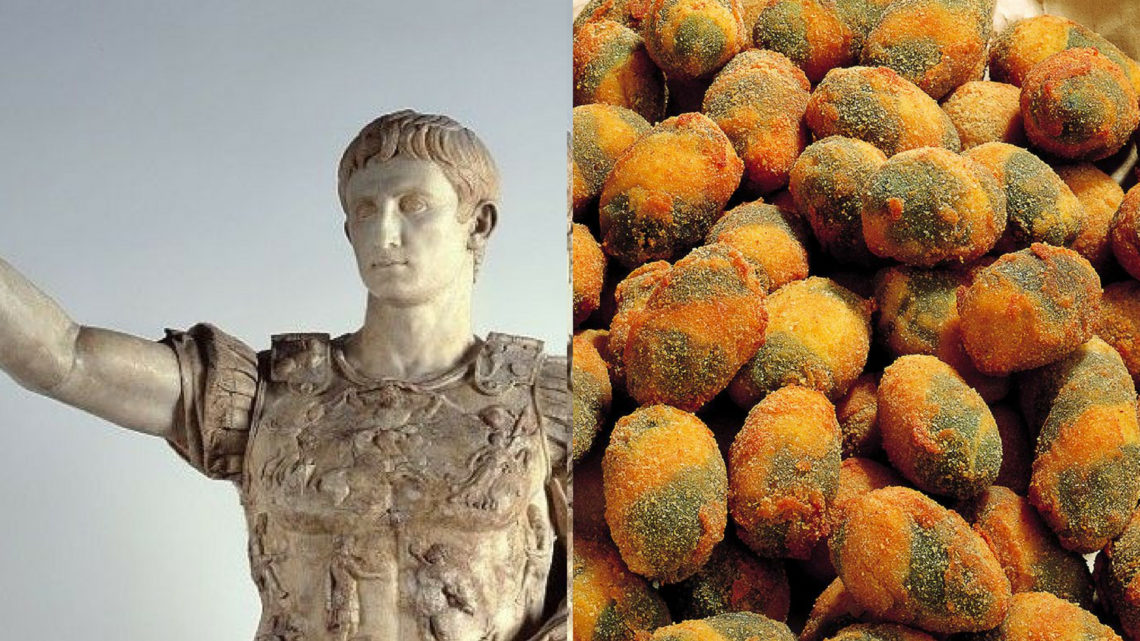 Italy, you know, is the homeland of many evocative feasts and events that are celebrated here and anywhere else! The most part of them are connected to our catholic religion while others have their origins in the past and they have been handed down to us through the centuries.

Many evocative events take place in summer because in this period of the year, people are more relaxed, there is more time to organize and, above all, there are many tourists that, taking part to these popular feasts, can better enter the Italian history and tradition and preserve into their heart a piece of our beautiful country also when they come back home, thousands of miles far from here.

One among these “traditional summer feasts” is Ferragosto day, a special day celebrated on 15th of August and normally associated to the religious event of the Assumption of the Holy Virgin Mary, soul and body, in Heaven. Ferragosto day, and more in general, Ferragosto week is particularly felt by the whole Italian population and, notwithstanding the Church, not only for its strictly religious meaning.

Why is this feast so important for Italians? Which are its origins?

Ferragosto festivity has its origin in the Roman period and in the Augustan era specifically. The word Ferragosto, in fact, comes from Latin Feriae Augusti. It was referred to a period of relax and holidays given to poor people working the land by the Roman Emperor Augusto starting by 18 a.C . This period of relax followed the Consalia, the big feast for the end of the agricultural work. In occasion of the Consalia, agricultural workers received a tip from their owners, a sort of extra reward for the work done during the year. The Roman Feriae Augusti, in origin, started on the very first day of August and lasted for a few days. 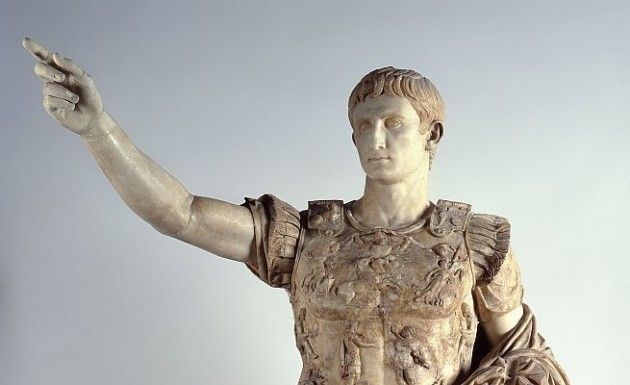 Today, Ferragosto day is no more on August the 1st but it is celebrated on August the 15th, in concomitance with the religious feast in honour of the Holy Virgin Mary ascended in Heaven. However, the concept of Ferragosto has always remained the same: fabrics and offices close to give the employers at least a week of holiday and allow them to relax and have fun, forgetting the anxieties and the stress of the working routine for a while. People take occasion of this period of holidays to leave with the family or with friends or to move to the sea and pass here the most part of their time, having bath or bronzing under the sun.

Hotels and all the other receptive structures placed in the seaside towns facing the Adriatic Sea or the Tyrrhenian Sea are full of tourists coming not only from the big internal Italian cities such as Rome or Milan, but also from other European countries and they are all animated by a unique task: enjoy themselves and have a relaxing week, far from any problem.

This is the reason why, both the accommodation structures of the coast and the seaside towns organize events and special evenings to entertain guests all along this special Ferragosto week, with concerts, theatre spectacles, dancing evenings and shopping nights with special discounts on all the available goods.

The Ferragosto Eve then, is characterized by a special night where the key-word is “FUN”. If hotels or resorts on the coast organize special nights with music, dance, funny plays and a lot of food, young people can spend their Ferragosto night on the beach with friends and, waiting for the coming of the dawn announcing the 15th of August (Ferragosto day), they can dance, listen to the music and organize barbecue directly on the beach. At midnight, it’s consuetude having a midnight swim all together.

In the meantime, all the dance clubs and chalets facing the beach continue to offer music and entertainment and, after 4 am, the first hot cream or chocolate croissants are ready: a gorgeous delight accompanied by cappuccino or Italian coffee. How can you resist to?

When the dawn comes, and the sun rises, the atmosphere is really magic and surreal: absolute silence interrupted by the noise of the waves breaking on the sand and the singing of seagulls gliding on the water.

When the sun is already high in the sky, many guys come back home and go to sleep while others (above all tourists) stay at the beach to fully enjoy the beautiful sunny day and continue having fun with friends, making each other the famous “gavettoni”.

Gavettoni are a peculiarity of Ferragosto Day and they are a sort of water balloons that people pull each other to make jokes and have fun. It’s a consuetude to make these gavettoni with real gelid water all along the day not only to friends but also to the members of the family, such as parents, grandparents, uncles and neighbors, above all when the latter are quietly lying on the beach sunbathing.

However, if you want to respect the tradition of Ferragosto day, you should eat some specific Italian dishes prepared properly for this recurrence and rigorously eaten to the beach. The traditional Ferragosto menu in fact, imposes to eat Lasagne, followed by Italian Cotoletta and Olive all’Ascolana ( the Piceno territory is the homeland of the original Oliva all’Ascolana) or browned chicken with red peppers ( this variant is more used on the seaside towns facing the Tyrrhenian Sea). 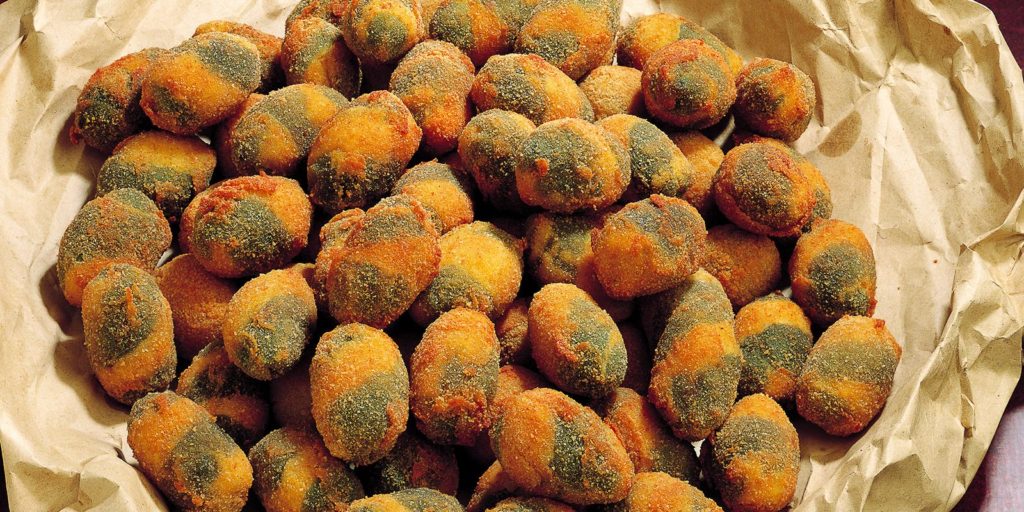 The day of Ferragosto usually ends with the classic fireworks on the sea, whose coloured reflections on the water create a real special show.

If we have aroused your curiosity with this story and now you have decided to come here in Italy for your holidays, leave immediately because there is still another event waiting for you, this time catalysed in the space of one night, that you can’t absolutely miss!

We are referring to San Lorenzo, the night of falling stars. It is celebrated some days earlier Ferragosto day, on August the 10th and it is considered a magic night because if you see a falling star and you make a wish, this wish will transform into a beautiful reality in a very short time. So, in the night between the 9th and the 10th of August, you can see many people, old and young, rich and poor, sitting on a chair or directly on the sand with their noses turned to the sky, looking for their lucky falling star to make their personal wish.

The most part of them come back home without having seen anything but only with a terrible neck ache due to the position taken for hours, while others are sure to have seen their falling star, so they go to sleep satisfied and hopeful for the future.

And what a big tragedy if the weather, just during the San Lorenzo, is cloudy or rainy, because no falling stars are visible, so people must postpone to the following year the hope of seeing their desires fulfilled.

But why is this night called San Lorenzo? Which is the connection between St. Lorenzo and the night of falling stars!

This event seems having very ancient origins, linked to Catholicism and Christianity.

A legend tells that St. Lawrence, archdeacon of the Roman diocese at the behest of Pope Sixtus II, because of an edict promulgated by the emperor Valeriano in August 258, was captured and burned alive on a grill. The saint died on 10 August 258 after a long torture and, from that day, it is said that these falling stars are just the tears of San Lorenzo. Other people say that the brightening falling stars symbolise the heavenly tears in front of the horror of the brutal torture inflicted to St. Lorenzo, while others connect this phenomenon to the hot embers of martyrdom.

Next to Religion, there is obviously the Science that justifies this event repeating every year between the 7th and the 13th of August as a natural phenomenon due to “perseids”, a meteoric swarm which, at this time of the year, is crossed by the earth’s orbit, creating a sort of meteoric rain, perfectly visible from the Earth even with the naked eye.

If you are planning a trip to Italy, don’t miss these two national feasts and, if possible, spend them in a seaside region so that you can personally “breath” the energy and the adrenaline turning around them and live, in this way, a different, unusual Italian holiday!

We are waiting for you!

39 years old, born in San Benedetto del Tronto but living in Ripatransone since 2008, with my husband and with my beloved pets: five cats and two dogs. I love pets, and this is the reason why, after the marriage in 2008, I decided to move to the countryside and to buy a house with a big garden, far from the noises of the town. I’ve been working with Gleni for more than 12 years and I’m specialized in Cites affairs: compilation of Cites requests, contact with Cites organs, and supervision on every step concerning the shipping of goods provided with Cites documents, from the picking up here in Italy till to the delivery to the final customer. I also write about fashion trends and about Italian peculiarities and traditions.