Milan is already preparing to open its doors to the new men’s spring-summer 2010 collections, the much awaited fashion event, which anticipates the trends in the matter of men’s clothing and accessories for next spring-summer 2010. The most important Italian designers and fashion houses interested in taking part in this special celebration, have already given their assent to the Chamber of Italian fashion and are getting ready to show their creations to all the foreign customers coming to Milan from all over the world especially to see these fashion collections. 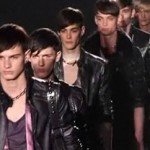 However, taking a look at the list of designers taking part in this event in June, it would seem that it is noticeably shorter than last year’s. Many important Italian fashion names, according to the latest sources, won’t be taking part in the men’s spring-summer 2010 collections this year because of the still encumbering financial crisis, which hasn’t allowed them to prepare a complete men’s collection to be presented in Milan next month. Even though the president of the Chamber of Italian fashion, Mr. Mario Boselli has assured us that the crisis has passed and that the fashion world, is rising back up from a very depressed period, designers seem to continue having difficulties in proposing something innovative and interesting, with only a restricted budget at their disposal. Many houses of fashion have decided to present their collections anyway, running the risk of adverse criticism, as already happened with some past collections, while others would prefer to pull out of these fashion events rather than compromising the refinement and the absolute prestige linked to their brand.

So, because of the lower number of designers taking part in the next Men’s spring-summer 2010 fashion collections in Milan, the calendar for the shows has been reduced by one day. This year, the men’s collections in Milan will last only four days, instead of five days, as usual, from June the 20th to June the 23rd and they will see the absence of many famous names of Italian fashion such as Fendi, Krizia, Antonio Marras, Marni, Belstaff, Gazzarini and many others.

The men’s spring-summer 2010 collections, however, will see the long awaited return to Milan of two prestigious brands characterizing the genuine Italian men’s style, Zegna and Canali, and they will be accompanied by another very important event in the fashion field: the opening of the new headquarters of Bottega Verde, also in Milan, expected for next June the 21st , a beautiful building of about 7.200 squared meters, over four floors, a distillation of luxury and refinement.

What will the new style proposed by our Italian fashion houses be for the man of next spring-summer 2010? What colors will be the most fashionable next summer? Don’t miss our next articles!!!!!